Check back often as we have only just begun building this page. We look forward to sharing our history. Please contact us if you have information to share.

Lamp Incorporated is a third-generation family-owned and operated business, founded by Clifford E. Lamp in 1933.

In the early years, Lamp Construction did several residential projects, including a Frank Lloyd Wright home in Plato Township. As World War II approached, major expansions at the Elgin Case Factory were constructed as they built armaments during World War II. After the war, prefab homes were constructed and shipped to England to help their country rebuild.
Lamp Construction became a corporation in 1954, and our efforts turned more toward commercial and educational buildings, completing a broad range of multi-million-dollar new construction, renovations, and addition projects for health care, municipal, industrial, educational, and religious clients. Clifford Lamp’s sons, Eugene and Earl, joined the company alongside their father. Eugene, in 1957, became Secretary/Treasurer, and Earl Lamp in 1963 was appointed to the position of President in 1969 until his retirement in 2002. In 1969, Lamp Construction began providing design/build services, and in 1972 became Lamp Incorporated as Schmidtke and Associates, a local design firm, merged with Lamp Construction to provide in-house design services.

In the early ’90s, in-house design services could no longer be offered as the State of Illinois changed the law on the definition of a design firm. This change in the law enabled Lamp Construction to partner with design firms solely dedicating themselves to Lamp Incorporated’s specialty areas of work. In 1992, construction management was added to our list of professional services.

Since the inception of construction management, we have completed over $1,000,000,000 worth of public sector work using this delivery method. Cliff’s grandsons are now the executives of Lamp Incorporated. Ian Lamp, after starting with the company in 1983, is now President.

It is our mission to provide each and every client, large or small, with a product of the best value possible, within budget and time requirements, and accomplish this result through a team effort consisting of honesty, integrity, and an ethical relationship. 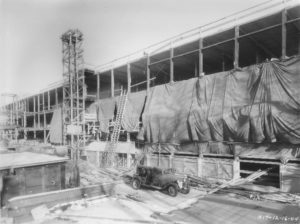 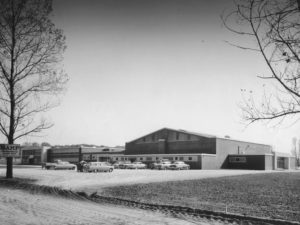